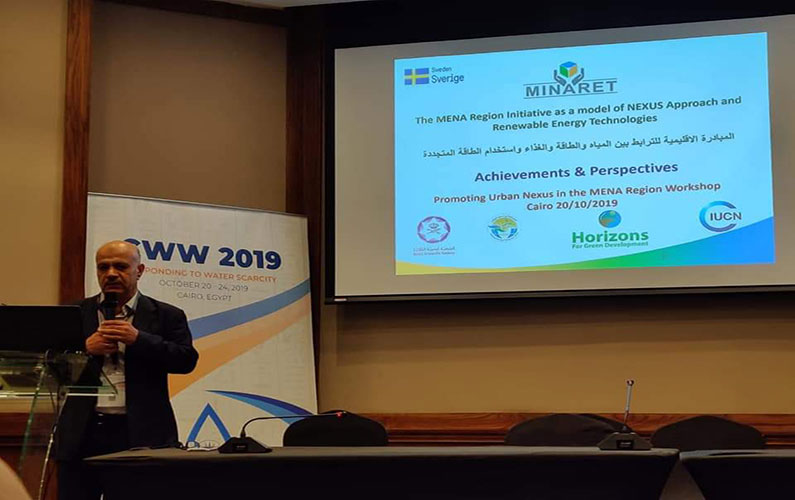 Nexus Workshop: Promoting Urban Nexus in the MENA Region – A Side Event at Cairo Water Week 2019

As part of the workshop organized by the Nexus Regional Dialogue in the MENA region in collaboration with the League of Arab States (LAS); upon the expressed interest of the Egyptian Ministry of Water Resources and Irrigation (MWRI); MINARET took part in the Nexus workshop at Cairo Water Week 2019.

The Manager of Energy Efficiency & Solar Thermal Division at the National Energy Research Center at the Royal Scientific Society in Jordan; Engineer Muhieddin Tawalbeh, gave a presentation on MINARET Project (The MENA Region Initiative as a model of the NEXUS Approach to Renewable Energy Technologies) and the achievements throughout the 2 years of the project.

Success Stories of Urban Nexus in the MENA Region

In this session, the Mayor of Jdaideh El-Shouf in Lebanon; Mr. Hisham Fatayri, presented the achievements of MINARET Project in Lebanon, mainly in using solar pumping irrigation systems.

The achievements of MINARET Project in Karak municipality in Jordan and Monastir municipality in Tunisia were also presented, highlighting the mechanism of public participation in defining the needs of locals regarding water and energy.

As part of MINARET Capacity Building Plan, the Royal Scientific Society/National Energy Research Center conducted one-day seminar on RETScreen Program that is specialized in Energy Projects for more than 30 participants from municipalities’ staff from Jordan, Lebanon...

END_OF_DOCUMENT_TOKEN_TO_BE_REPLACED

The Royal Scientific Society / National Energy Research Center has successfully completed the registration process for the municipalities of Jadaidet el Chouf and Monastir in the Covenant of Mayors for Energy and Climate Change, based in Brussels, after the submission...

END_OF_DOCUMENT_TOKEN_TO_BE_REPLACED 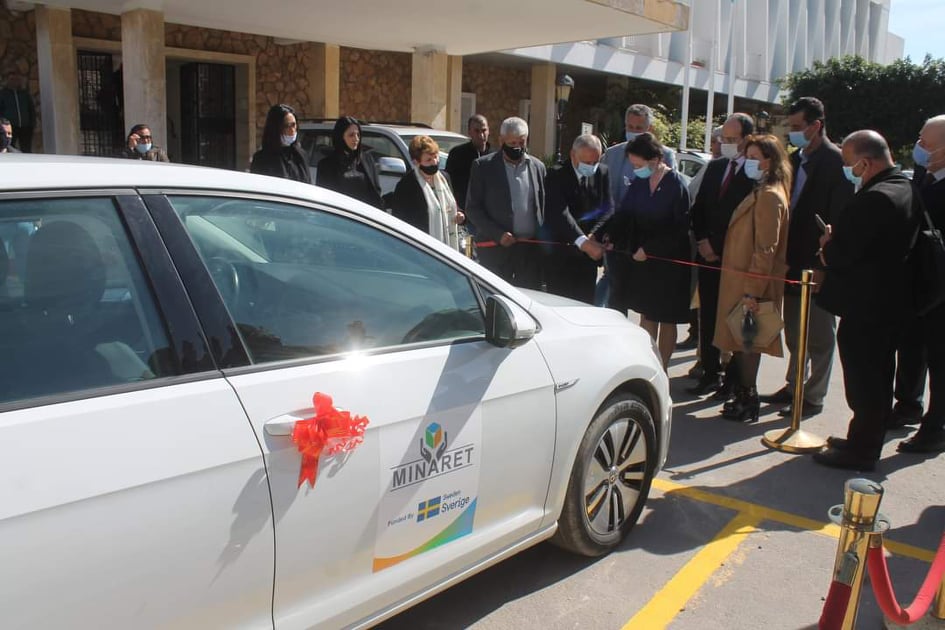 MINARET delivered a Brand New Electric Car (Zero Fuel Consumption) for the benefit of the Municipality of Monastir for the aim of reducing CO2 emissions and contributing to climate change mitigation actions It is the first car of its kind to be used by a Tunisian...

END_OF_DOCUMENT_TOKEN_TO_BE_REPLACED

Implemented by:
Funded by: